Changing the world: a few people at a time

The Twa (or pygmies) are a tribe that lives in Central Africa, in the Great Lakes region. They are a nomadic people who lived as hunters in the forests. They did not farm, but exchanged meat they hunted for any food they needed. In the fight between the Hutu and Tutsis in the last years, (think Rwanda genocide), they were the third tribe, disliked by both of the others. Recently the governments of the nations through which they roamed, declared the forests to be national parks or game parks and made them leave. Deeply poor, not educated in farming methods, and always the last to be helped, they live in great need. Churches in Rwanda and Congo have been helping them. 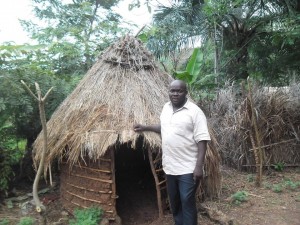 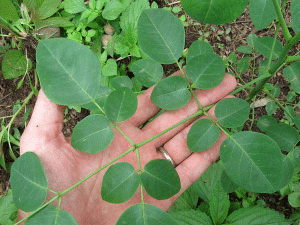 Pastor Etienne of Rwanda has been working with large groups of families to help them rent land, buy tools, and seed potatoes. This gives the pygmies food and a crop to sell. Our church has been sending money to them every year for five years, and with the help of denominational funding, about 200 families have had their lives transformed. Over the years, we have purchased sheep and goats for the local widows, and sent school supply money. Due to our local contacts, these items are purchased nearby and help the local economy. Pastor Ron Lubungo of DR Congo not only ministers to the many displaced refugees and traumatized people in his área of the Congo, but reaches out to the Twa. We have sent money to purchase moringa trees to plant. These are a fast growing, very nutritious tree with both leaves and fruit edible. The seeds can be ground for an oil. We have also been giving money to purchase clothing for pygmies. 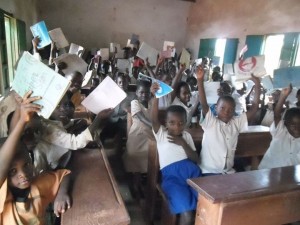 In another project in DR Congo, some have sent money for the first gardens in some villages. Vegetables are usually not grown and there is a high rate of diabetes, as the main diet consists of starches. A group of Christian women are also buying soap wholesale and re-selling it to fund schooling for orphans in their village.

A small church in Carlisle is having a major impact on saving lives and preserving the health of people in countries most of us couldn’t even locate on a map!

Welcome to the
Carlisle
First Church of
the Brethren

Ministers:
Every follower of Jesus